Check this page for our top recommendations. You're sure to find a book to match your interests.

Get Social With Us 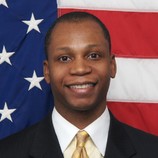 About the author:
World Champion and United International Kung Fu Hall of Fame inductee Sifu Romain has been studying and training in Kung Fu for 34 years. He is the owner and master instructor of the Edgewater Kung Fu Academy in Edgewater, NJ.

Sifu Romain is no stranger to adversity.  He overcame injuries from a serious car accident to become a World Champion.  Learning from his experience, Sifu helped Amani Toomer with his football career and has worked as an off-season coach for the NY Giants football team. Sifu Romain’s clientele is very diverse from young to old to well-known athletes and celebrities, to name a few: John Francis Daley of the popular TV show “Bones,” and Katie Koczynski from the U.S. Senior National Skeleton Team, Lisa Oz (author and radio personality), Nancy Prestine (radio personality).  ﻿

He is the founder of Kung Fu for a Better Life which is a non-profit organization offering programs focused on empowering children through basic martial arts philosophies.﻿

Other books by Sifu Romain include: The Shaolin Athlete , Legendary Longfist, The Cross and The Warrior
﻿